You can put in a lot of work and not make any progress whatsoever. And yet, instead of focusing on progress, everyone seems to focus on hustling and working themselves to the bone.

Don’t get me wrong — hard work is a good thing. But if you’re working hard for the sake of working hard, you’re wasting your time. You have to apply it to the right thing as well.

One of the best ways to find out what that “thing” should be is to use the theory of constraints to look where you can make the biggest improvement.

The theory of constraints in a nutshell

The theory of constraints (TOC) is a management philosophy that assumes that any given system will only be as productive as its slowest part. It’s mostly used in manufacturing and project management, but it can be applied to general productivity as well.

Once that’s above the capacity of one of the other machines (let’s say you can improve it to 110 units per hour), then you can focus on something else. In that case, another machine becomes the bottleneck and you start the process all over again.

The theory of constraints focuses on 3 things:

Applying the TOC to goals setting

Although the TOC was made for manufacturing, you can apply it to general goal setting as well. Doesn’t matter if it’s for a company or your personal goals. Its value is in showing what part of a system you should work on to get the biggest improvement.

Every goal or change is achieved by going through a process. You make plans, you execute on those plans, and the result is the achievement of a goal or change.

But in order to implement the theory of constraints in our goal setting, we first have to look at what we are measuring. If you look at regular goal setting a lot of people focus on what’s referred to as “lag measures”. These are things like increased revenue, weight lost, or the number of users your app has.

The problem with lag measures is that you have no way of directly influencing them. They’re the result of a preceding action.

If you focus on lag measures you become oblivious to bottlenecks. Saying you want to increase revenue by 20% makes it harder to spot the bottlenecks in your system than when you try to conduct 3 conversion rate optimization experiments. When you set lag goals you’re only looking at the end result of the system to see if it works.

What we want to do is look into the system itself. Instead of focusing on the result, we focus on the actions we need to take in order to get that result. These are referred to as “lead measures”. These are things like emails sent, articles written, features shipped.

Lead measures don’t require other people and are fully in our control. Once we focus on lead measures, we can start to look at what part of our system is the most constrained and needs optimizing.

The bottleneck is the part of our system that has the most amount of unfinished work (or plans) in front of it.

For example: Let’s say you’re trying to grow your e-commerce store. You created a user-friendly website, your pricing is on point, and you have a good delivery system. The only problem is you get 2 visits a day to your website, you haven’t gotten round to building up the acquisition part of the store. Acquisition is the bottleneck. Focusing on optimizing conversion rate or pricing would be pointless.

If you’re looking at this and thinking “well, duh”, you’d be surprised how many times look over this when they’re in the thick of it. And let’s be honest, we’ve all focused on something different when we knew in the back of our minds we should be doing something else. Shiny object syndrome and all that.

Make bottlenecks the focal point of your goals

In our e-commerce example, we know acquisition is a bottleneck. So when we set goals for the year/quarter/week, the focal point of our goals should be to relieve this bottleneck by increasing traffic to the point where it isn’t a constraint anymore. If we stop focusing on increasing traffic, the entire business stops growing. If you hired a PPC agency to help you get traffic, it means they should be running ads all the time. If they stop, your entire business loses money. (Also, you should probably invest in SEO.)

Only when we have enough traffic that other parts of our store start having piles of unfinished work in front of it can we start focusing on something else.

The TOC can be applied to different scopes & areas

You can apply this mental model to different levels of your business. You can have a high-level view, where you look at acquisition, conversion, and economics, or you can go down a level and look at what the most constrained part is of a department.

Drilling down (or having each department drill-down) to what their most constrained part is will reveal the bottlenecks in every system in your business. You can then go back to your high-level view and decide what bottlenecks have priority over the other. The ultimate goal is to optimize the whole system — your business. Not just individual parts.

You can apply this mindset to other parts of your life if you wanted to. If you wanted to lose weight, for example, you can look at the system and see what the bottleneck is. If you’re motivated, exercise daily, but eat junk food all day, you’re not going to get anywhere. In this case, focusing on good nutrition will give you the biggest improvement.

Knowing how to set goals is less important than knowing what to focus on.

There are plenty of ways you can set goals. There are SMART goals, OKRs, BHAGs, and other fancy acronyms. The point is: none of these will get you anywhere if you focus on the wrong thing.

Once you start applying this principle to your goal setting you can get more done in less time and with less effort. Instead of working hard on a lot of things and not seeing any change, you’ll be able to see more and more progress. It’s a simple but useful principle.

Let’s recap what we learned: 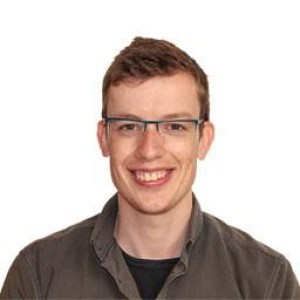